I must admit, after all this time, I’m still clueless as to what the Occupy Wall Street movement is all about or what these pedestrian protesters wish to gain. But I do give them props for planting a seed in my mind, and although I’m not about to pitch a tent and sleep outside – hello, its winter – I have decided to join their movement and add my own little twist. So, here’s a list of locations I feel we should really be protesting.

This chic prepster retailer has long been a favorite of mine, ever since I placed my first catalogue order at the age of 15, but as our economy has crashed, J. Crew’s price points have increased. This summer I could not find a single pair of shorts at J. Crew for less than $65. And their winter collection is out of control, a men’s half zip cashmere sweater for $285? Give me a break. I refuse to spend more than half a week’s unemployment check on over priced cashmere. My limit is $150. Okay, $200 max. Anyway, it’s time to Occupy J. Crew and demand more affordable fashion immediately.

Talk about a daytime dilemma. First the grand dame of daytime, Queen Oprah retired. Then daytime diva Erica Kane was forced to flee Pine Valley when All My Children got cancelled. Then Regis walked over a salary squabble, and now One Life To Live will take its last breath in January. What is going on at ABC Daytime? Dr. Oz is no Oprah; The Chew leaves a bad taste in my mouth and The Revolution will certainly cause me to revolt. Could General Hospital be the next causality? 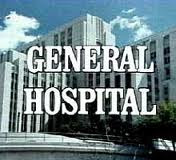 No! I literally grew up watching General Hospital. This show was a major part of my childhood. Scotty Baldwin became my first crush. I learned what sanatorium, quarantine, and adultery meant. I watched Luke rape Laura at the local disco and then marry her. This show can't die, we must save GH and Occupy ABC Daytime today before it’s too late.

Thanks to Ryan Seacrest, these ladies with large asses have taken over television, pop culture, and almost every professional sport in America and wreaked havoc on all. The Kard-ass-ians contribute absolutely nothing to the world, society or the institute of marriage. My gays can’t get married, but a third of the KKK can marry, make millions and then divorce 72 days later. These bitches need to go back to wherever they came from and give pop culture back to the reality stars that have actually earned and deserve our attention, like those little monsters on Toddlers & Tiaras. (Go Maddy!) Let's Occupy the Kardashains and eliminate them once and for all from our lexicon.

So who's gonna join me in my Occupy movement?
Posted by Vincent James Arcuri at 2:06 PM 2 comments: