Show Me What You're Made Of

Growing up, my father's brother, my Uncle Vito, would always try to butch me up or as he would put it "make a man out of me." Well, even though back then Uncle Vito was a real pain in my ass, I realize now what a great character he was and it's a great story to tell. It also doesn't hurt that I'm now making money off of him as well - I had an article published in the August 2007 edition of Instinct magazine that focused on Vito and his macho mentality. 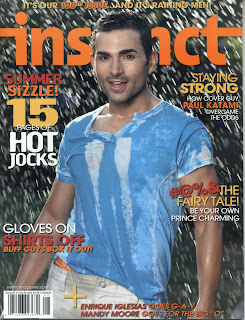 Vito would always force me to drop and give him twenty and often yell in his rough, gruff, gravely voice: "Come on neph, show me what you're made of." Hence the title to my article. 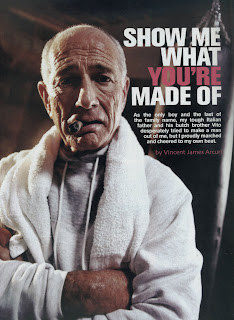 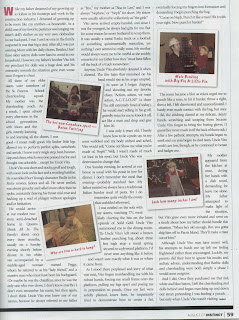 Uncle Vito passed away when I was in the fifth grade, but I wonder how he would feel knowing his story was published in a gay magazine. I'm sure it wouldn't go over very well, but at least he would know I grew up to indeed become a man, on my own terms and brave enough to live my life truthfully and honestly.
Posted by Vincent James Arcuri at 12:39 PM 1 comment: