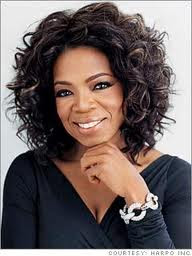 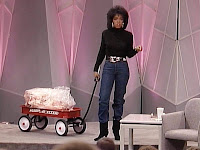 And just like Oprah, who ends her magazine each month with a column titled What I Know For Sure, I think it’s safe to say what we all know for sure is that when the lights go dark on The Oprah Winfrey Show, there will be an enormous void left not only in television, but also in the lives of the millions of us who tuned in day after day to watch the woman we so loving called our friend
Posted by Vincent James Arcuri at 11:15 PM No comments: 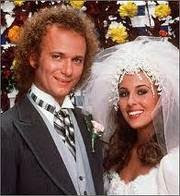 Shortly after the tear jerking “I dos,” Luke and Laura, much like royalty, were perched high atop a terrace of the mansion to address the throngs of wedding guests. Looking down upon their guests, they kissed for all to see. Then turning her back to the crowd, Laura tossed her elaborate bouquet over her shoulders only to be caught be her ex-husband, the adorable but now very angry Scotty Baldwin. (Clearly, Scotty had crashed the festivities, but as a viewer, I was thrilled by his return.) In a rage, Luke leapt over the edge of the terrace, scaling the wall in a furry to fight Scotty. As the men rolled around in the grass throwing punches, family and friends tried prying them apart in hopes of salvaging this most memorable wedding day. Now that’s a royal wedding I will never forget!
Posted by Vincent James Arcuri at 8:40 PM 2 comments: